Raising the dam will significantly increase storage capacity by an extra 650 gigalitres, or 53 per cent.

The Wyangala Dam Wall Raising project was identified in the NSW Government’s 20-year Water Infrastructure Study and was selected because its initial feasibility study showed significant benefits to the Lachlan Valley.

A robust Final Business Case is a vital step in enabling the NSW Government to make an informed investment decision about major infrastructure projects.

Over the past two years, a range of geo-technical, hydrological and environmental investigations have been carried out as part of the business case process.

Meanwhile work on a new $5.1 million Wyangala Water Treatment Plant began in February and is due to be completed in the first half of 2023. It will deliver up to 800,000 litres of clean drinking water every day to the village residents and the popular holiday park.

Note that project timelines can be affected by a range of factors including weather conditions, increased time to carry out consultation and where technical analysis and assessments require further work or investigation. Water Infrastructure NSW places the highest priority on the safety and wellbeing of its staff and the communities we work with. We are closely adhering to the current COVID-19 Public Health Orders which may have an impact on project activities and timelines. This website will be regularly updated to reflect this and so communities are notified of changes.

Key benefits of the project include:

The Wyangala Dam Wall Raising project is expected to:

As part of an early works package for the proposed Wyangala Dam Wall Raising project, a new water treatment plant is currently being built to deliver cleaner, safer drinking water for village residents and the popular holiday park.

The $5.1 million plant is due to be completed in the first half of 2023 and will deliver up to 800,000 litres of clean drinking water every day.

Check out the latest updates about the Wyangala Dam Wall Raising Project.

The project team host regular webinars to keep the community up to date on the project. You can watch webinar recordings via the links below.

These webinars are for community members who are interested in knowing more and keeping up to date with the progress of the project. 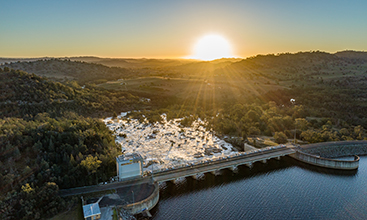 These webinars are for local businesses who are interested in knowing more about opportunities for suppliers on the project. 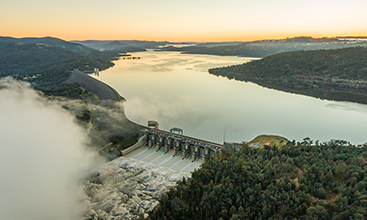 Water Infrastructure NSW is committed to these guiding principles in the planning, development, and construction of this project:

Water Infrastructure NSW will work closely with the community to address the issues and opportunities that arise through the life of the project in further detail.

Water Infrastructure NSW is encouraging local businesses to register as a supplier for the Wyangala Dam Wall Raising project. The local business register will be provided to the major construction contractors so they can demonstrate how they will maximise local business and employment opportunities as part of the tender process.

For this project local business is defined as 150km from the project area, including Condobolin.

Please note, registering your interest does not guarantee employment.

To speak with the project team, phone 1800 735 822 or email wyangaladamproject@dpie.nsw.gov.au